Over the next two Weekly Reports we are going to be talking about two of the greatest differentiating factors for success seen with every high performing dental practice team.  Of course, I could say that about every single Weekly Report and it would be true, but if I had to pick two… these would be it.

The reason is because it doesn’t matter how great your systems are or how amazing your communication is or how complete your diagnosis happens to be or even how impeccable your dentistry is if you don’t succeed at these two core Defensive Playbook Principles then you will at the very least sabotage yourself and fall far short of your potential or worse stay stuck in a frustrated rut of the same results over and over again never really breaking through.

First, today, we are going to talk about the real competition that you face every day in your practice.  What it isn’t, just to get this out of the way, is other dental practices.

Every practice focusing on ‘out doing’ other dental practices misses the point entirely and spends all their energy trying to woo patients over for all the wrong reasons.  You’d end up forced to be competing against one thing and one thing only – price.

Everyone reading this knows better than that and wouldn’t ever want to be bragging about being “cheaper.”

So, with all that said, if other practices aren’t the competition what could it be then?

We are going to tackle the three big ones.  The good news is the defensive strategy (which always looks more like offense when it’s done right) is nearly the same for all of these though there are slight nuance differences.

Don’t miss that point right there… Defense looks more like offense when done right.  Why?

Because when you are focused on all the principles we have covered over the previous parts of this series, you realize something that is a common thread woven into the beliefs and actions of our playbook and of your performance – when we choose to control the game we are focused on creating more of what we want and by default less of what we don’t want.

When you go on defense against these competitive forces, you are striving to suppress, eliminate, overcome what you don’t want so that you can make more room for what you do want.  We will basically swap out the negative competing forces with our positive overwhelming energy and offensive impact.

We change the game the enemies are playing so that we don’t try to beat them at their game; we make them play our game and thus switching from defense to offense all at the same time.

The greatest competition you face are all the ‘other’ things that are vying for your patients’ attention, money, and time.  This, more than anything else, makes people delay progress with their health.  It keeps them from calling when they meant to, from showing up when they are supposed to, and delaying treatment when they know better.

By the way, this is why I always say you should remember that once you have the patient in front of you after they walked through the door, the hardest part has been achieved.

No matter what step a patient has taken, you should know that any step is a positive step forward and any action is a positive action that should build your confidence, give you positioning because the simple fact that the patient has willingly made a move is a good sign that you are winning.

In addition to this mentality, you also want to remember and fully commit to making every single visit the most important visit and every patient interaction the very best you’ve got because they did the hardest thing for them to do in the first place.

On the flip side of this, we do have the dynamic around getting the attention of more of the right type of patients for you – and not being in the convincing people who don’t want to be there to come or chasing patients in the marketplace that don’t want to move forward with their health.

At the very same time you should know that most patients all begin first by being reactive to some external force whether it’s an emergency, a referral, a life event, or an ad they receive.  Don’t judge what gets them interested, instead take full advantage and do your part to keep them interested.

Which brings me to the next form of competition…

The mindset of the patient is where and how you really win the battle, score the points, and achieve victory through healthier patients.

Our greatest enemy of them all is not a person, place, or thing, it’s lack of belief in value; whether the dentistry or their health.  This is the real competition you are up against and face with every patient conversation and experience you have.

First, never take the patient for granted or make assumptions with what they might be thinking or perceiving to be true.  This is why the best defense is offense with questions and asking the patient for their feedback and thoughts.

Second, always know that you are responsible for how they think and what they believe to be true.  You are able to shape what they value through your educational approach, the interactivity that you create, your experience that you have designed with intentionality, and by beginning with the end in mind.

Third and finally, no one generally makes decisions until they are forced to and if you’d like me to ease that word a little bit we can say until they are compelled to.  That is the way I want you to think about it.  You compel patients to move, to act, to value, to decide.

As our DST team member Maegen says, “Procrastination is the only thing we really compete against with our patients, once you have done everything else to build value and achieve a clinical yes.”

It’s a failure when patients procrastinate because no one wins – literally everyone loses.  What you should know is not all is lost as long as you are in control and creating some next step and opportunity to keep your patients in motion.

None the less, you can’t see success as anything other than overcoming these levels of the patient mindset as you value build and compel decisive action towards their goals.

I realize that there are other things to combat such as money which is fixed with value and time which is fixed with benefits being enjoyed faster and consequences being avoided.  Again, offense will prevent the need to be defensive with these items.

There is of course one other big underlying common competitor that everyone faces in the game of dentistry. Everyone, more you than the patient, has been brainwashed to see it as a friend instead of the enemy.

Actually, dealt with properly, is the least the competition but the one that receives the most focus.  Of course, I’m talking about, primarily in your case, insurance.  But you could think of anything that competes against the principles that you practice with.

In short, insurance is the enemy telling you what you can and can’t do with your patients and telling the patients what they do or don’t need.

The entire game of insurance is to get doctors to practice based on the insurance protocols in an attempt to dictate practice systems, culture, and approach around insurance instead of the patient health.

We talk so much about beating the insurance enemy in nearly everything we do so I’m not going to fixate on that here today.

Finally, there is one other competing enemy out there that you have to be on defense with all the time and that is time itself.

This is the ‘busy’ of the day and the volume of the patients.  You must resist the urge to get caught up in the ‘see more people faster’ concept.

We believe that dentistry is still at its core a human to human engagement, not a transaction.  Don’t try to win at the wrong game.  You won’t be happy with the outcome even if you get good at it.

This doesn’t mean don’t build a big practice or have a lot of patients or anything else – by whatever definition you want – but it does mean never lose sight of your core principles and of not just the game you are playing but how you are playing it.

I’ll be releasing my brand-new book all amount maximizing your schedule so you can win at the game of patient health, without needing extra office hours.  Be on the lookout in the coming weeks.

Next week, we are going to talk about the greatest enemy of them all and you already guessed what it is.  It happens to be you.  And I’m going to show you how to go on defense against all the forces that work to undermine your own success.  Those ‘negative’ nerves that plague even the greatest of all players.

You will find, as we head into the culminating pieces of our Practice Playbook, that just like real sports innate ability and physical prowess does in fact only get you so far.  It’s the mental game, the emotional management, the disciplined control over the inner self that gives one the edge over everything else. 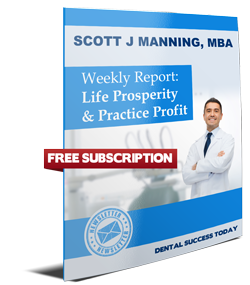 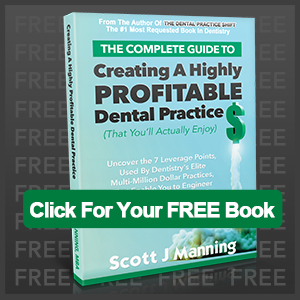 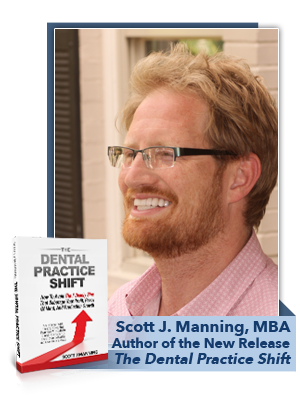